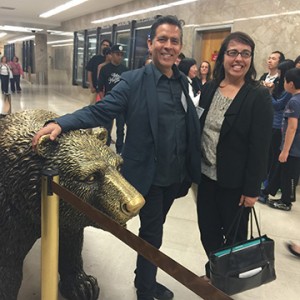 Dante Alencastre has worked for over a decade to support and document the Transgender community in Los Angeles and Lima Peru.  He has been an advocate for equal rights globally and for creating social change through media awareness of Latino and Trans People around the world. He has directed and produced three documentary films about Transgender communities in Lima Peru and Los Angeles.  Dante is currently working on a film chronicling the life of California Latino Gay artist and activist Jose Sarria, the first LGBT candidate for public office in the US and the founder of the Imperial Court system. Dante Alencastre was nominated by the California LGBT Arts Alliance and awarded a LAN Maestro Award in 2014.

<< Back to Maestro Prize